Zambia is a landlocked country in southern Africa, with a tropical climate, and consists mostly of high plateaus with some hills and mountains, dissected by river valleys. At 752,614 km2 (290,586 sq mi) it is the 39th-largest country in the world, slightly smaller than Chile. The country lies mostly between latitudes 8° and 18°S, and longitudes 22° and 34°E.

In the Zambezi basin, there are a number of major rivers flowing wholly or partially through Zambia: the Kabompo, Lungwebungu, Kafue, Luangwa, and the Zambezi itself, which flows through the country in the west and then forms its southern border with Namibia, Botswana and Zimbabwe. Its source is in Zambia but it diverts into Angola, and a number of its tributaries rise in Angola’s central highlands. The edge of the Cuando River floodplain (not its main channel) forms Zambia’s southwestern border, and via the Chobe River that river contributes very little water to the Zambezi because most is lost by evaporation.[43]

The Zambezi falls about 100 metres (328 ft) over the 1.6 km (0.99 mi) wide Victoria Falls, located in the south-west corner of the country, subsequently flowing into Lake Kariba. The Zambezi valley, running along the southern border, is both deep and wide. From Lake Kariba going east it is formed by grabens and like the Luangwa, Mweru-Luapula, Mweru-wa-Ntipa and Lake Tanganyika valleys, is a rift valley.

The north of Zambia is very flat with broad plains. In the west the most notable being the Barotse Floodplain on the Zambezi, which floods from December to June, lagging behind the annual rainy season (typically November to April). The flood dominates the natural environment and the lives, society and culture of the inhabitants and those of other smaller, floodplains throughout the country.

In Eastern Zambia the plateau which extends between the Zambezi and Lake Tanganyika valleys is tilted upwards to the north, and so rises imperceptibly from about 900 m (2,953 ft) in the south to 1,200 m (3,937 ft) in the centre, reaching 1,800 m (5,906 ft) in the north near Mbala. These plateau areas of northern Zambia have been categorised by the World Wildlife Fund as a large section of the Central Zambezian Miombo woodlands ecoregion.

Eastern Zambia shows great diversity. The Luangwa Valley splits the plateau in a curve north-east to south-west, extended west into the heart of the plateau by the deep valley of the Lunsemfwa River. Hills and mountains are found by the side of some sections of the valley, notably in its north-east the Nyika Plateau (2,200 m or 7,218 ft) on the Malawi border, which extend into Zambia as the Mafinga Hills, containing the country’s highest point, Mafinga Central (2,339 m or 7,674 ft).[44]

The Muchinga Mountains, the watershed between the Zambezi and Congo drainage basins, run parallel to the deep valley of the Luangwa River and form a sharp backdrop to its northern edge, although they are almost everywhere below 1,700 m (5,577 ft). Their culminating peak Mumpu is at the western end and at 1,892 m (6,207 ft) is the highest point in Zambia away from the eastern border region. The border of the Congo Pedicle was drawn around this mountain.

The southernmost headstream of the Congo River rises in Zambia and flows west through its northern area firstly as the Chambeshi and then, after the Bangweulu Swamps as the Luapula, which forms part of the border with the Democratic Republic of the Congo. The Luapula flows south then west before it turns north until it enters Lake Mweru. The lake’s other major tributary is the Kalungwishi River, which flows into it from the east. The Luvua River drains Lake Mweru, flowing out of the northern end to the Lualaba River (Upper Congo River).

Lake Tanganyika is the other major hydrographic feature that belongs to the Congo basin. Its south-eastern end receives water from the Kalambo River, which forms part of Zambia’s border with Tanzania. This river has Africa’s second highest uninterrupted waterfall, the Kalambo Falls.

Zambia is located on the plateau of Central Africa, between 1000 and 1600 m above sea level. The average altitude of 1,200 metres (3,900 ft) generally has a moderate climate. The climate of Zambia is tropical, modified by elevation. In the Köppen climate classification, most of the country is classified as humid subtropical or tropical wet and dry, with small stretches of semi-arid steppe climate in the south-west and along the Zambezi valley.

There are two main seasons, the rainy season (November to April) corresponding to summer, and the dry season (May/June to October/November), corresponding to winter. The dry season is subdivided into the cool dry season (May/June to August), and the hot dry season (September to October/November). The modifying influence of altitude gives the country pleasant subtropical weather rather than tropical conditions during the cool season of May to August.[45] However, average monthly temperatures remain above 20 °C (68 °F) over most of the country for eight or more months of the year. 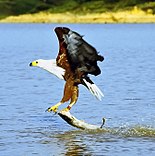 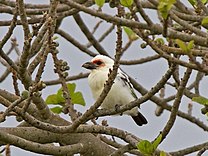 There are 14 ecosystems in Zambia, classed into Forest, Thicket, Woodland and Grassland vegetation types.

A total of 242 mammalian species exist, with most endemic ones occupying the woodland and grassland ecosystems. The Rhodesian giraffe and Kafue Lechwe are some of the well-known subspecies that are endemic to Zambia.

An estimated 757 bird species are known to exist, of which 600 are either resident or Afrotropic migrants; 470 breed in the country; and 100 are non-breeding migrants. The Zambian barbet is a well-known species endemic to Zambia.

Roughly 490 known fish species, belonging to 24 fish families have been reported in Zambia, with Lake Tanganyika having the highest number of diverse and endemic species.


Notice: Trying to access array offset on value of type bool in /home/dvb4gy2xalwx/public_html/wp-content/themes/travelicious/views/prev_next.php on line 10

See what other Travelers are saying about us…

Enquire Enquiry about the Tour
[contact-form-7 404 "Not Found"]